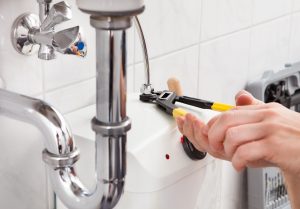 Every home needs a functional plumbing system in order to have a steady supply of water. However, choosing the right materials for underground pipe installations can be tricky. Since they are buried underground, it can be hard to identify when there is something wrong with your pipes unless obvious signs appear.

A poorly installed underground pipe system can pose risks, ranging from incurring high water bills to having a compromised house foundation. Therefore, it is only essential that you choose the best type of pipe material that can withstand the test of time and other threatening factors that come with underground structures.

HDPE pipes, commonly known as PE pipes, are popular among underground pipe installers. These polyethylene tubes with pipe fittings are known to be among the most durable plastic tubing available in the market. They are resistant to rusting and corrosion, making them ideal for underground plumbing installations.

PEX pipes are a variation of HDPE or PE pipes. They are commonly referred to as cross-linked polyethylene. Just like HDPE pipes, this type of plastic tubing is used in many pipe installations. However, it is distinctive from HDPE pipes because of its flexibility. It is capable of stretching and bending without the use of any fitting. Also, it is known to be durable enough to withstand chemical damage, high temperature and high pressure.

Copper pipes are the only type of tubing that can compete with plastic lines when it comes to underground pipe systems. Copper is resistant to rusting and leakage, making it one of the most popular options for underground plumbing. However, there are downsides to using copper pipes. Aside from the hefty price tag, they are also sensitive to a certain soil condition. They are prone to deterioration when exposed to soil with low pH and high concentrations of sulphate and chloride.

PVC pipes are another plastic service tubing commonly used for underground plumbing systems. In general, PVC is a synthetic material known for its wide range of use across different industries because of its resistance to rusting and corrosion. PVC pipes are generally more affordable compared to other pipe types. However, some states restrict the use of PVC pipes to irrigation. This means using these for residential and indoor water distribution is prohibited. But if your state has no laws against it, there is no question that it is a viable option.

Just like what PEX pipes are to HDPE pipes, CPVC pipes are also a variation of PVC tubes. These can withstand different temperatures, making them the best material to use for both hot and cold water plumbing systems. But just like PVC pipes, some states have local codes that do not allow CPVC pipes for residential use.

Without a doubt, plumbing systems are important in the safe distribution of water within a home. Therefore, it is vital that homeowners give ample consideration about what kind of material best suits the needs and soil conditions of their property.

PrevPreviousShare the Love: The Best Kinds of Gift Givers You Should Be Like
NextThe Purpose of Music in CinemaNext