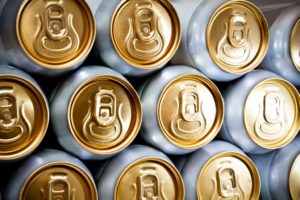 The Australian Performance of Manufacturing Index (PMI) reports that the manufacturing industry used more packaging machinery and other factory equipment in January when activity rose for the 16th month in a row.

Food and beverage production mostly drove the increase for the month. Other sub-indices such as the petroleum, coal and chemical sectors also complemented the rise in manufacturing activity.

Each of the seven sub-indices listed in the PMI has been expanding since November 2017. Innes Willox, CEO for the Australian Industry Group, said that the country’s manufacturing industry has marked a strong start to 2018. The increase in January also represented the “longest manufacturing expansion in more than a decade.”

But Willox said that high energy prices and tougher competition had kept narrow margins and subdued wage growth. Still, there are some bright spots in the industry, such as more jobs, production, sales volumes and new orders. Despite some challenges, there is a belief that the Australian manufacturers should continue to invest in sustaining a manufacturing expansion.

The PMI recorded a score of 58.7 points in January, which indicates growth; a figure less than that suggests a contraction. Since the reading for January almost reached 59 points, it means that activity has increased at a rapid pace.

New orders, in particular, continue to increase, which could support the continued growth of manufacturing this year. The ongoing increase stems from many infrastructure projects in the pipeline and the mining industry. Demand for food exports will also be another significant factor for maintaining healthy activity in manufacturing.

It makes sense that food and beverage enterprises led the growth in Australia’s manufacturing sector for January. But tough competition from overseas companies should prompt local businesses to find more ways on how to keep up this year.