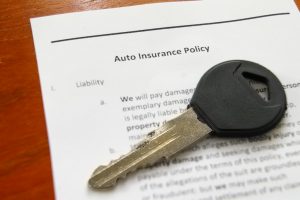 How Much Should You Spend on Car Insurance in Illinois?

Married couples who are in their 60s pay the lowest rates for car insurance in Illinois based on a study of 10 insurance providers. Men and women who are 35 years old and aren’t single are the ones with the second-lowest rates.

Your location also determines the actual rates. If you live in Aurora, car insurance rates, cost an average of $3,290.41. This is the seventh-cheapest among 20 cities. The average rate in Chicago is the second most expensive at $4,535.54, while those in Cicero pay the most expensive at $4,606.10 on average.

What affects your insurance rates?

Rates are generally more expensive for younger people due to their relative inexperience. Some factors such as a poor credit score and traffic violations also affect their premiums, while others are simply beyond your control. These include living in a community with a high crime or accident rates.

It also explains why residents pay a different amount. If you have a good record as a driver, the least you could pay would cost around $1,900.

The amount would increase by more than $200 and $600 for those with just a single speeding ticket and a traffic accident, respectively. Your insurance should also have as enough liability coverage as possible, which is a requirement for all drivers in the state.

Why is liability coverage important?

The minimum amount of liability insurance coverage in Illinois costs around $25,000 for the death of at least one person, while it should be double that amount when it involves injuries or death of more than one person. It should also cover at least $20,000 in damages to another person’s property.

Experts urge people to buy the most that they can afford since this will prevent you from paying out of your own pocket. A good benchmark for buying liability insurance would require you to calculate your total assets, and then bump up that figure to come up with the appropriate coverage in your case.

If you’re still hesitant, try imagining how much it would cost you to pay the medical bills of someone you injured after an accident.

How could you save money?

Since insurance doesn’t come cheap, it’s natural to find a discounted price on rates. Some insurers offer lower prices for multipolicy or bundling plans, which are either buying insurance for more than one car or choosing to have the same insurer for your home.

Those who completed a safety training course may also avail of a special rate, as well as those who work in a specific field. If you are a military veteran, an active service member or a teacher, insurance providers may be willing to reduce their rates.

When shopping around for car insurance, don’t just pick the first offer. Ask for several quotes from different providers to compare the best rates.

It’s also helpful to request a credit report to estimate your potential premiums, while liability coverage mitigates the risk of paying higher premiums in the future should you become involved in an accident.

PrevPreviousBuying the Right Ladder: Do You Know How to Choose the One?
NextKeep Your Wife Happy with These Amazing GiftsNext