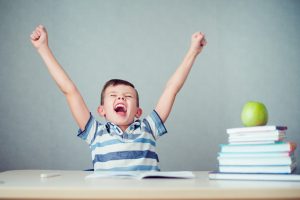 How to Help Your Child Nurture A Positive Body Image

It’s difficult to protect children from society’s narrow beauty standards. Children are bright and sprightly when they’re much younger, but as they go through puberty and undergo drastic changes, it’s normal for them to struggle with their self-esteem and become more closed off or self-conscious. As a parent, it’s understandable that you’d want your child to love their bodies as much as you love them. It’s important to be proactive about fostering a healthy and positive body image early on so your child can feel comfortable in their own skin. Here are a few tips to do just that.

Nurture a good relationship with food

Teach your child that food isn’t the enemy. Make it clear that food is a source of energy that allows them to do the things they love to do, and associate eating with good feelings, like hosting dinners for friends and family or buying a cool, sweet treat on a hot summer day.

Rather than disparaging food that people believe causes weight gain, it’s better to expose them to a wide variety of food and the endless culinary possibilities that they can look forward to.

If you aren’t careful, your child could develop an unhealthy relationship with food, resulting in anorexia or bulimia. It’s important to get them on a bulimia and anorexia treatment plan as quickly as possible and to start being more mindful of how you think about and talk about food.

Don’t speak ill of other people

You would never want someone criticizing the way you or your child looks, so don’t do the same to other people, especially in front of your child. Speaking ill of other people’s bodies will make your child more anxious about what people think about them too. You should avoid commenting on other people’s physical appearances in general, but if you have to say anything about them at all, make sure they’re only kind words.

Be a good example

You are your children’s first role model, so it’s important to act like a good role model. Your children will imitate what you say, what you do, and how you think, especially when it comes to how they view themselves.

Be a good example of body positivity for them by avoiding negative talk about your body, and developing a healthy bond with diet and exercise. If possible, refrain from talking about your appearance at all. Focus instead on your non-physical qualities like your talents and skills, and praise these attributes in your child, as well. Your children will intuitively pick up on this, thus developing the same kind of healthy mindset about their bodies.

Sympathize with their struggles

The reality is that you can’t completely banish self-conscious thoughts from your children’s mind, but you can at least sympathize with them. Don’t deny your child’s feelings; rather, let them know that you’ve felt the same anxieties about your body too but that it’s not something that should get in the way of what they want to do or be. Show them that it’s never stopped you from being the person you are today or stopped you from accomplishing many things.

It’s impossible to prevent your child from feeling uncomfortable in their own body as they undergo puberty, but these are just some things you can do to make sure they can feel more at ease in their own skin as they grow older.