Pet adoption spiked during the early days of the COVID-19 pandemic. So much so that the Singaporean government itself considered a one-year waiver on dog licenses in hopes of encouraging more people to adopt during the lockdown. The U.S. has also seen a significant increase in adoption, much to the delight of shelters.

Dogs, cats, rabbits, or other household-friendly animals proved important for our well-being during the lockdown. It had been a time of uncertainty after all, so our pets stood as a symbol of stability for us. They comforted us when we felt anxious, and the happiness they’ve expressed due to our constant presence was contagious. If not for their wagging tails, purrs, and other ways of showing love, the lockdowns would’ve been so much worse for our mental health.

But now that the world is going back to normal, with the vaccines and all, what will happen to our furbabies? We’d no longer be spending as much time with them as we’d go back to work or school. Our furbabies will be left alone or with a companion who isn’t their master.

It can be dreadful to think about leaving your pet waiting for you all day, but it can’t be helped. And if you hear what’s already happening to some pets across the world, you might wish work-from-home would last forever.

Many dogs are being returned, filling up the very shelters they’ve left during the lockdown. The reasons for returns were often vague, like “they weren’t a good fit.” Animal care agencies have also reported an increase in strays and abandoned dogs.

The American Veterinary Medical Association noted an almost 60% surge in pets taken to shelters recently. Part of the reasons are people who’ve lost their jobs or have been evicted from their rented homes and thus couldn’t keep their pets anymore. Some contracted COVID-19, rendering them incapable of caring for their pets.

Those who didn’t return their pets to the shelter might notice a change in the behavior of their furbabies. As normal work routines resume, people leave their homes again, leading to their pets experiencing separation anxiety. This could trigger destructive behaviors, which could urge some furparents to give up their pets. 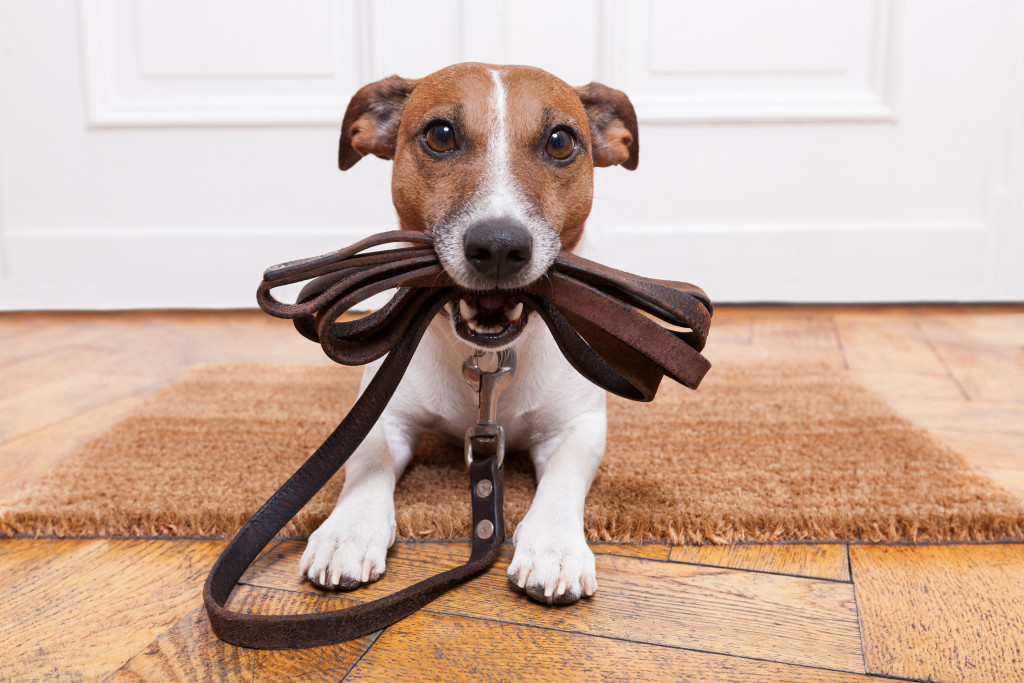 On the bright side, foster parents remain committed to caring for pets and preparing them for adoption. Though the lifting of the lockdowns also posed challenges for them, such as their routines returning to normal, fosters could make it work for them and their foster pet. They gave their furbabies some time away from them so that they won’t be shocked when they’re left alone for several hours. This helped pets avoid separation anxiety.

Some also considered enrolling their furbabies in a pet daycare or hiring a dog-walker. Those simple acts gave pets some practice of being away from their owners or foster parents, making their demands more manageable when normal routines returned.

Making Your Pet Happy After the Pandemic

Every pet differs in behavior. Some of them cope well without you by their side 24/7, while others may not adjust easily. Often, cats have no problem being separated from their owners for long periods, while dogs are the opposite.

If you have a clingy dog, start introducing them to a little tough love before you go back to your normal routine. When they demand pets, try not to give in or even look their way. Carry on with your day without giving them too much attention. You’ll probably hear a lot of whining and barking, but strive to stay focused on your goal. Don’t even tell your dog “no” because they still take that as positive attention.

Stop them from chasing you around by keeping them entertained through other things. Give them a new toy or reward them with tasty dog treats every time they stay in a room without making a fuss.

Make them recognize your cues for leaving the house as well. For example, if they see you grabbing your keys, they should know that you’re about to leave the house. However, don’t actually leave when you show that action to your dog. Your goal is to make them relaxed because they know that you’re coming back. As a result, when the time for you to actually leave comes, your dog would’ve already learned not to freak out because they’re expecting you back.

Note that even if you train your dog on being alone, it doesn’t guarantee an easier time for them when the pandemic is over. They’ll still look for you because they’ve grown used to your constant presence. Still, it’d be worth it to train your dog than to let them suffer anxiety and become aggressive.

PrevPreviousWhy Should You Increase Your Water Intake?
NextHealth and Fitness: Practical Reminders You Should NoteNext