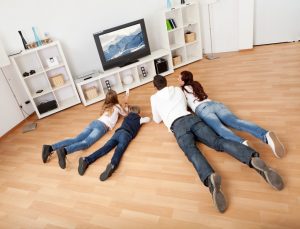 South Korea’s influence on popular culture and entertainment has no doubt reached all parts of the globe — from the catchy tunes of Korean pop (K-pop) hitting the top spots of international music billboards to Korean skincare products like facial washes, serums, and glutathione lotions dominating shelves. The Korean Wave, commonly known as Hallyu, has showcased the country’s culture, food, music, and tourist spots to a diverse audience.

Despite Korean television usually being equated to Korean dramas (K-dramas), there’s a type of Korean entertainment giving K-dramas a run for their money in terms of popularity. These are the variety shows, a type of format where authenticity and comedy reigns. They can be audition programs, comedy acts, quiz shows, reality television, and even combinations of many different styles.

One internationally acclaimed long-standing Korean variety show is “Running Man,” an action variety with the regular cast and guests completing missions and games. With 500 episodes and ten years under its belt, the show was considered the top non-American show in the world in 2016, according to data science company Parrot Analytics.

Here are the reasons Running Man has captured the hearts of fans around the world.

The ingenuity and creativity of the games the cast and guests have to play never fail to be entertaining and interesting. The games vary from sports and obstacle courses to quiz games and find-the-spy missions. There’s something new every episode that will make you wish you were also playing with the cast.

Most episodes follow a theme, with the crowd favorite being the one where each player has a special superpower they can use in an ultimate battle. The manual execution of the superpower by the production team adds to the laughter-inducing silliness of the race. For instance, having four clones as a superpower means four people with the same build and outfit as the player following orders. The power of time control means being blindfolded by the security team and taken to the last place the players were in twenty minutes ago.

Name tag elimination, however, is Running Man’s signature game. Players tear the name tags on the backs of other members while facing challenging mechanics and obstacles. Alliances are formed and broken in minutes, and prospects of winning can change as fast as the audience can blink. International and Korean stars have appeared on the show, such as Ryan Reynolds, Jackie Chan, and countless idol groups.

What makes the show enjoyable is watching a group of people with their different levels of strengths and weaknesses try to outdo one another and win the prize with their strategy. Sneaky Lee Kwang Soo will act all innocent while resorting to sleight of hands to come up on top. Ace Song Ji Hyo’s unparalleled luck will sometimes take the win right out of everyone’s noses, and physically strong Kim Jong Kook will act as a Spartan commander with both brains and brawns.

Competition aside, the camaraderie and familiarity of the eight regular casts are refreshing to see. They have developed rapport and dynamics with each other and their personas while interacting with guests. After all the schemes, jokes, partnerships, and betrayals, the viewers can feel that they truly care about each other.

Running Man’s popularity both abroad and in Korea shows no sign of stopping anytime soon, with sold-out tours and high viewer ratings. The creative games and the lovable cast make for good laughs and an entertaining show.

PrevPreviousGlow With the Flow: IV Hydration Treatments That You Need to Try Out
NextRemember These Pointers When Visiting EuropeNext