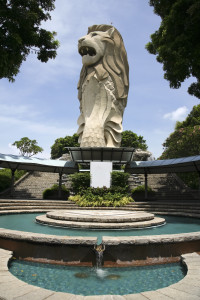 Sentosa Island: From Island of the Dead to Island of Peace and Tranquillity

Singapore’s Sentosa Island has experienced several changes over the years. Before its current name, which translates to “peace and tranquility,” the island once held the name Palau Belakang Mati, which meant “island of the dead” or “behind the dead.”

One would wonder why someone would give such an unfavourable name for an island that offers many splendid attractions and heritage assets. It turns out that Sentosa Island got more than just a name change. The government deliberately altered the island and transformed it from being a dead island with a dark, mysterious past to an island of adventure, attractions and recreation.

Island of the Dead

Singaporeans and historians have different interpretations of how the island came to acquire such an ominous name. One version narrates that the island is the material paradise of warrior spirits and another attributes it to the prevalence of murder and privacy in the island’s past.

From a nautical viewpoint, the name is attributed to the lack of fertile soil on the island. Since the island creates dead water behind it, it earned the name “dead back island.” Another version says that the island was home to original Bugis settlers who were wiped out during an outbreak of the disease called Blakang Mati Fever in the 1840s.

Island of Peace and Tranquillity

The development of attractions on the island started in the ‘80s and ‘90s, and from then on, Sentosa Island came to deserve the title “Island of Peace and Tranquillity.” Today, it is one of Asia’s most popular island resorts, receiving over five million local and international visitors annually. Many of the top places in Singapore are in Sentosa.com.sg. The island features astounding leisure architecture, various recreational activities and relaxation amenities.

Many Singaporeans were ambivalent towards developments on the island. Conservative critics expressed that resort developments and land reclamation projects would have a negative impact on the environment and alter the social fabric of the nation.

Pressured by public sentiments, the government launched programs to prevent such problems and still maintain the lush ecological environment of the island. The island promotes sustainable tourism through campaigns and educational talks. It hosts 30 heritage trees, 20 conserved colonial buildings and Green Mark-certified buildings and eco-hotels.

Sentosa is Singapore’s fourth largest island, 70% of which is covered with secondary rainforest where wildlife thrives. The rainforest is home to monitor lizards, monkeys, parrots, peacocks, as well as other native flora and fauna. The government ensures to keep 60% of the island green to preserve its heritage assets. At present, the island exhibits fascinating breakthroughs in leisure architecture and eco-tourism.

PrevPreviousIs May-Thurner Syndrome (MST) and Deep Vein Thrombosis (DVT) Related?
NextBefore the Move: What to Do with Excess ItemsNext

A Guide to Giving Gifts to People Who Have Everything