Swimming with the Sharks of Sentosa’s S.E.A. Aquarium

Not many things are as relaxing as staring at an aquarium; watching the fish swim aimlessly, following your fingertip as you drag it along the surface of the glass. There are, however, some aquariums where this does not apply. Large aquariums which, compared to that painted castle you dipped into a fish bowl, have a complete thriving ecosystem. Few places have these kinds of aquariums, and even fewer make poking the glass with your pinkie a really bad idea, since they boast a complete thriving ecosystem of sharks.

S.E.A. Must Mean Something

There are lots of attractions in Sentosa, all sorts of them. From museums to casinos, cable cars to theme parks; the island has it all. It has several beaches too, being an island an all. One absence in all these aquatic locations, however, is the access to ocean critters themselves, not counting beached ones. Enter the S.E.A. Aquarium. No, really; you get to enter through the aquarium.

Part of the eight-hectare Marine Life Park of Resorts World Sentosa, the S.E.A. Aquarium houses some of the greatest and rarest forms of sea life in the Eastern Hemisphere. View creatures such as the reasonably-named fire shrimp of the Red Sea, the Bay of Bengal’s brave bold batfish, and the blue-spotted stingray from the Persian Gulf. These are just three of the hundreds of marine animal species the S.E.A. Aquarium holds in its 45,000,000 litres of water, spread across several habitats.

Of course they would fill one habitat with only sharks, and of course they would make you walk under it. Someone also suggested that they offer a diving service in the shark tank, and it actually went through. Not only do you have the option of submerging inside a glass tube, you can also SCUBA dive into the shark habitat. Great.

It is the literal and figurative immersion into what it feels to be endangered. Have something in common with the scalloped hammerhead shark; even ask it while you’re down there. Yes, a few of the remaining scalloped hammerhead sharks in existence will be within touching (or biting) distance. So are seven other species like the sandbar and leopard shark, some of the largest in the world. Sharks do not really eat people though, so let that knowledge dampen your fears. Either way, SCUBA masks will obscure your face, so just pose bravely for that complimentary ‘Ultimate Marine Encounter: Shark Dive’ photo. No one will know.

Sentosa holds some of Singapore’s finest attractions and the world’s rich marine life. A visit to Singapore is not complete without experiencing the island’s offerings, even if that means a close encounter with ocean’s greatest predators.

PrevPreviousPerth’s Wonders: Where Business Meets Pleasure
NextLong Wait Times: The Good, the Bad and the EssentialNext 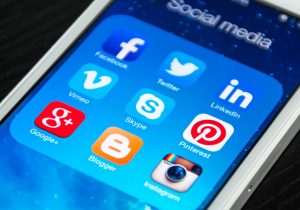 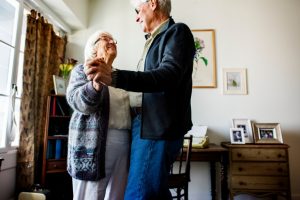 What Are Ways You Can Turn Your Room Into A Haven?

Fun Activities to Add to Your Bucket List for this Autumn