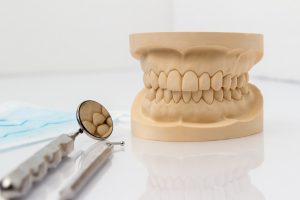 The Future of Orthodontics

The invention of 3D printing has taken the world by storm. It graced medical shows as big as Grey’s Anatomy and is making promising work even outside media platforms. A study shows that maybe one day, with the right amount of research and proper funding, the future of medicine could be looking at printed organs as replacements for dysfunctional ones. Right now, orthodontics is already utilizing 3D printing successfully.

Surprisingly, the futuristic technology was first invented during the ‘80s. You read that right; it has been almost four decades since Charles W. Hull made the first 3D printer. At the time, the only available technique was stereolithography (a process that turns liquid into solid objects based on the model data that was fed into the machine). However, the technique was and still is commercially expensive, reaching more than $100,000. Hull’s company, 3D systems, continues to produce 3D printers and its parts up until today.

Despite the drastically high price of the commercial 3D printers, there are some as cheap as $3,000 that is being sold to orthodontists worldwide. A particular company, ArchForm, aims to use its software to cut machines usage costs by over 3,400%.

Other than saving your pockets, it also gives back to much time into your lives. Instead of manufacturing one single product that would include the process of gathering materials, production processes, and shipment, you can have the model faster with 3D printing. The technology we have now is not advanced enough to have the model printed out in seconds; there would still be a considerable amount of time in printing that is heavily dependent on the intricacy of the design’s details.

3D printing is also great for the environment because of how it minimizes the waste of raw material. Practically, the 3D printer’s process beats out manufacturing processes because of how efficient it is with time and material. Other than helping orthodontists craft jaw-dropping smiles all around the world, the 3D printers have other applications in the field of dentistry. Among these are:

It was not so long ago that a process like this seemed like a dream in the world of orthodontics. Even now, the whole 3D printing thing feels like a distant futuristic endeavor. Dental labs can now focus on more important work as these printers are automated and significantly cut down time and cost.