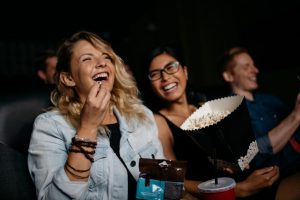 The Purpose of Music in Cinema

Film productions have always used music even before the actors spoke in them. Now, music is also used when producing promotional videos and adverts. Although the role of music in film is difficult to undermine, it often remains consciously unobserved to the average viewer. Why is this the case? To understand that, we should learn the ways music is used in cinema, including the following.

Music literally sets the tone for the film or the mood for a certain scene. By doing so, it can create the atmosphere in a particular moment or even that of the entire film right from the beginning.

Take the intro of ‘The Silence of the Lambs’ (1991), for example. The score starts out with a slow, low melody that progresses to a faster tempo. This, combined with the sequence following the lead character training in a dark forest, can give the viewer a sense of foreboding, which persists throughout the psychological horror thriller film.

In the early days of film scoring, music was mostly used to comment on images. To this day, film makers may use it to nudge the audience‘s emotions to the direction they want.

In ‘2001: A Space Odyssey’ by Stanley Kubrick, for one, the scene where an ape is swinging a bone comes with a score that may sound glorious, creating a sense of heroism for this otherwise neutral imagery.

The heritage of the characters, and the film’s geographic and time period setting can be referenced through music.

A good illustration of this is the song in the opening credits of the fourth season of ‘Outlander’. You can hear influences from the American folk genre, as well as Celtic and Scottish sounds. It reflects the migration of 18th-century Europeans to the American frontier and, since folk music does not exactly originate from that era, conveys the show’s time travel theme, as well.

If the score sounds like it is contradicting a scene, the audience may find it unsettling or dreadful.

One of the most memorable and powerful examples of this is the gruesome sequence in ‘Schindler’s List’ where the ghetto was being liquidated. The violent scenes are overlaid with the music of a children’s choir singing a classical piece with piano accompaniment. The juxtaposition of this sound that is seemingly innocent and spiritual with that of a sequence so brutal and vile could create a harrowing effect on the viewer.

Playing music over a sudden scene change can help soften the transition. It can work even if there are a lot of jumps in times or places, and could allow the montage to be easily understood as a whole.

An example of a film montage being held together by music is how David Bowie’s song, ‘Starman’, plays in a sequence in ‘The Martian’ (2015). The montage makes several abrupt jumps between scenes, but retains cohesiveness through the music.

We tend to overlook the role of music in film, perhaps because it mostly operates on our subconscious and is unseen. So, the next time you see a film, try to observe how the music is used to reinforce its narrative and just how much it affects your viewing experience.

PrevPreviousFive Types of Pipe for Underground Plumbing Systems
NextCycle These Routes in France for Scenic Views, Culture and HistoryNext