A recent article from the New York Times was just in time for this year’s April Fool’s Day. The headline reads, ‘A Week of Misconceptions’. The piece listed down and dispelled the most popular myths about science and health circulating all year round.

Some myths (and their truths) were admittedly new information (‘Spree Killers Must Be Mentally Ill’), while others were purely absurd (‘You Can’t Get STD from Oral Sex’). News flash, you can.

But what dentists everywhere found alarming is many adults are still of the opinion that ‘Baby Teeth Don’t Matter’. Aesthetic-smiles.co.uk shares, ‘As dental professionals, we encourage our patients to bring their children to the practice from an early age’.

Find out why the myth is ridiculous:

On the contrary, not paying attention to baby teeth set up the child for a lifetime of dental problems. The Centers for Disease Control and Prevention reveals that almost 25% of children between two and have cavities.

Cavities lead to decay. Once that damage is done, it won’t be as easy as extracting them and waiting for the permanent teeth to come in. Children baby teeth caries are three times more prone to cavities in their permanent teeth. Another study reveals that the oral health of a five-year-old can predict worse decay and disease at 26.

What Should Parents Do?

Brushing, flossing, regular visits to the dentist – they comprise the most effective formula for securing your child’s oral health. Parents should also limit (or restrict) the consumption of sugary drinks and foods, the perfect recipes for cavities.

It’s very tempting to skip the dentist appointment if your little one puts up a fuss or let them have their way with the sweets. But listen to the little voice in your head saying you’ll regret not putting up a fight because in the future, your children will be fighting for their health. 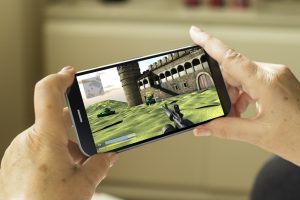 3 Things You Need to Know about Home Recovery After Surgery