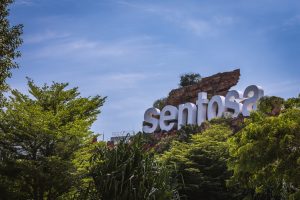 Walking Through History in Sentosa

Today the home of hotels and theme parks, Sentosa played an important role in the history of Singapore since the 19th Century.  When you want to take your first trip to Sentosa, you can reach the island in several ways. The scenic and adventurous route involves taking a cable car ride (at affordable ticket prices) from Mt. Faber across Keppel Harbour to Sentosa.

Having previously been a sparsely populated island, what we now call Sentosa gained prominence as a prime location for defensive fortresses. The chain of fortifications built in the island protected the growing number of trade ships that passed through Singapore. Today, remnants of this bygone era can still be found in two museums on the island.

For a time, Singapore was Britain’s crown jewel of the East, a commanding fortress city controlling of the interests of its Empire in Southeast Asia. To this end, a battery of gun fortifications—including Fort Siloso—were erected across the shores of the Lion City to protect against naval invasions by the Japanese.  To contain the rising aggression of Imperial Japan in the early 20th Century, the British Empire made Singapore the centre of a massive naval strategy, with Sentosa being one of the key points of the city’s defence.

After the liberation of Singapore and the return of British rule, the fort served as a British military retreat until 1967. Fort Siloso today is the only naval fortification in Singapore to have been preserved, with many of the original defensive artillery guns still proudly standing in its grounds.

Since 1974, the fort has served as a military museum that boasts of an impressive collection of World War II memorabilia.  Besides its restored defensive infrastructure, the fort showcases both the role played by Singapore in World War II and glimpses of what life was like for Singapore’s defenders during the period. Visitors can avail of guided tours of the fort’s grounds and get a bird’s eye view of the fort from its 11-storey skywalk. 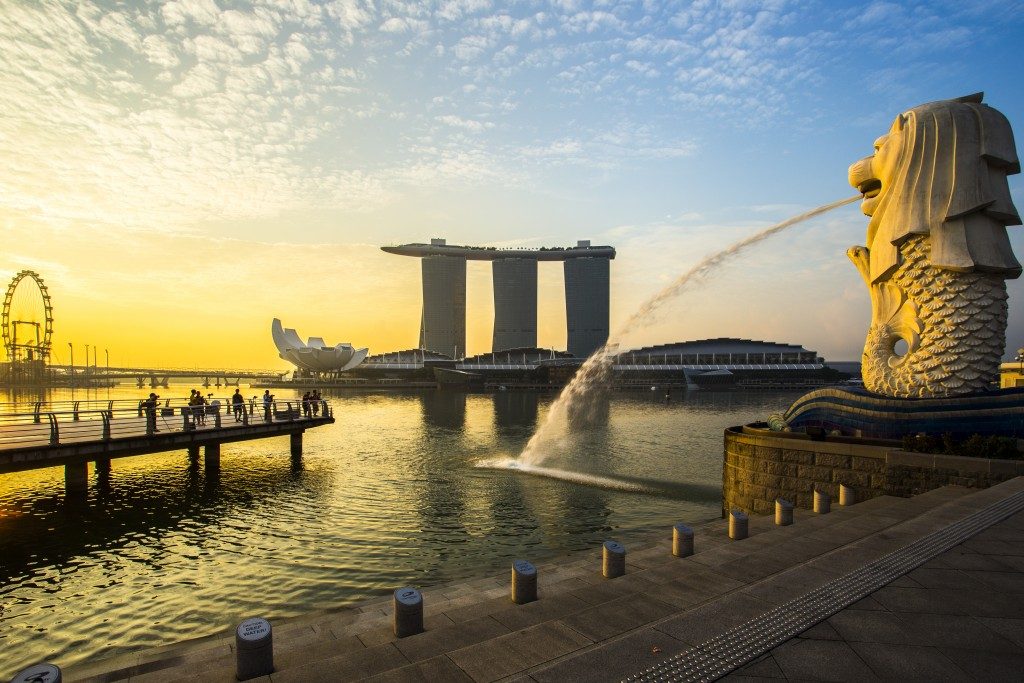 The magnificent Merlion represents a fusion of the history, legends, and values of the Singaporean people. Always facing forward, the image exudes confidence and courage continues to embody the Singaporean drive for progress.

The symbol itself has ancient roots. Legend tells the tale of a young Malay prince who was said to have spotted a lion in the island before settling there. The settlement he founded was called “the lion city” in ancient Sanskrit, which evolved to the current name of Singapore.

The modern Merlion symbol, first designed by Fraser Brunner in 1964, also paid homage to Singapore’s ancient roots as the humble fishing town of Temasek, which rose to prominence in the wake of British rule and later as the modern city-state we know today.

Although the very visually interesting monuments of Singapore’s skyline had become entrenched in popular consciousness, the Merlion remains beloved by both Singaporeans and tourists alike as an enduring emblem of the city-state. Since then, several Merlion statues dot the city’s modern landscape and nowhere is it more impressive than in Sentosa. The curious visitor can book a ticket to the Sentosa Merlion museum and see a towering statue of the country’s national symbol proudly standing watch over Sentosa and the Lion City.

A modern institution, the Sentosa Merlion museum features intricate and interactive exhibits on Singapore’s legends and history. At 37 meters, the Sentosa Merlion is the tallest of its kind in the country and features viewing decks within its mouth and head with spectacular views of the city centre.